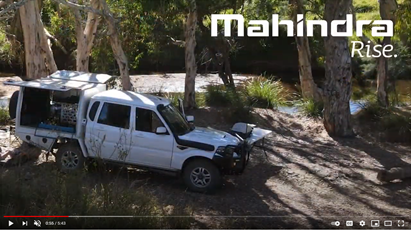 Product testing the Mahindra PikUp, Dealer  Principal of Charters Towers Mahindra Christopher Carney describes his thoughts and shares some if his footage. Testing of a Mahindra PikUp dual cab fitted with additional accessories in various locations across Australia. From the Snowy Mountains in NSW to some of Australia’s hardest tracks the CREB track and Old coach road in Northern Queensland. With Heavy loads and Towing caravans putting the Mahindra to the test in a range of scenarios and conditions. Christopher Carney has a vast history with the Mike Carney brand with years of product testing and has done many off road trips tackling some of Australia’s iconic tracks and some, multiple times. He has also competed in various rally’s, most recently the Targa High Country in Victoria.