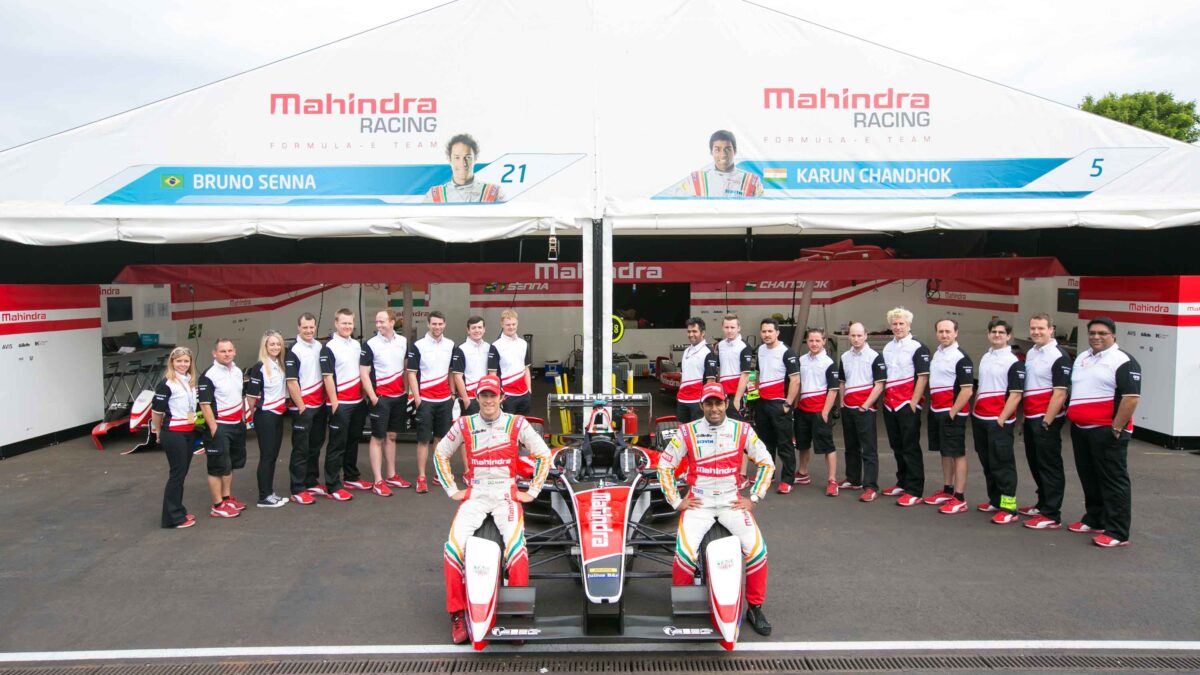 The innovative all-electric global race series will include 10 races in its first season in city-centre locations around the world, including London, Beijing and Los Angeles, designed to raise awareness about electric vehicles as well as help advance EV technology.

The series has generated significant interest globally, and professional services firm EY recently released a report forecasting that Formula E will help contribute to the additional sale of 77 million electric vehicles worldwide over the next 25 years.

Already a major global force in the development and production of electric vehicles through Mahindra Reva it was a natural step forward for the Mahindra Group to join the Formula E Championship.

“We strongly believe that Formula E can provide an excellent global showcase for our electric vehicle technology,” said Mr Anand Mahindra, Chairman and Managing Director of Mahindra Group. “With advanced operations and expertise in electronics, IT, automotive technologies and manufacturing, we are already seeing the fusion of this technology into our electric vehicle operations. Racing will further accelerate that trend while Formula E is set to raise awareness globally about the benefits of electric vehicles.”

Mahindra is no stranger to international motor sport, with Mahindra Racing already established within the two-wheeled world of the MotoGP™ World Championship.

According to Dr. Pawan Goenka, Executive Director and President (Automotive & Farm Equipment Sectors), “As pioneers of electric mobility in India, we are extremely thrilled to extend EV technology to the exhilarating world of the Formula E championship. This will not only help us develop next generation EV technologies, but will also catapult our product development capabilities to the next orbit.”

“We are very excited about our new adventure with Formula E,” says Mr S P Shukla, Chairman, Mahindra Racing and President- Group Strategy. “Mahindra Racing is relatively young, but we have seen how racing delivers benefits to our organisation, not only from the brand perspective, but equally in terms of technology advances and motivation. This is an excellent addition to our racing portfolio and we are looking forward to a successful future in Formula E.”

Alejandro Agag, CEO, of series promoters Formula E Holdings, added: “We are very proud to have a major global company like Mahindra join the FIA Formula E Championship. Adding a manufacturer from India to what is already a real global mix of teams is fantastic news for the series. Everything is coming together very well and we look forward to presenting all ten teams to the FIA World Motor Sport Council next month.”

Further details of Mahindra Racings Formula E team will be revealed over the course of the next few months.