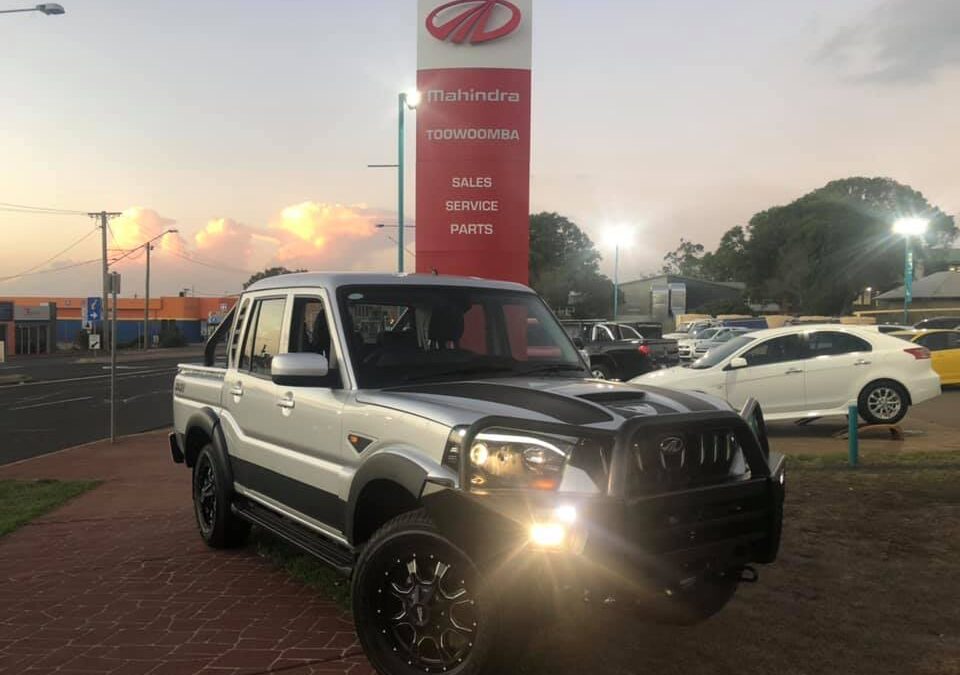 Well-known local dealer Russell Hughes has welcomed the brand to his familiar location of 20 years in the Toowoomba CBD, some 120kms west of Brisbane.

“It really did blow me away when I found out about the size and depth of Mahindra,” said Hughes, “and now I’m really proud of the fact that I’m a part of that. Because it’s a company that knows what they are doing, and they run it well. And it’s a very strongly backed company.”

Though he spent his early years alone with the vehicles, it isn’t machines that keep Hughes involved in the industry. “First and foremost it’s the people,” he says. You just never know who’s going to walk down the driveway next.

“Listening to people and looking after them is an amazing thing. During that short process of the negotiation and the delivery you learn a lot about people and it’s truly an amazing experience. You make a lot of friends and I really enjoy it. I’m just very happy to get in the car and drive to work every day.”

“They gave us a couple of vehicles to have a play with, and we were just taken by how robust they are, how practical they could be for the primary producers up here, and how good they just drive. “Since then we’ve been selling them, and I’m really impressed with the minute number of warranty claims we’ve had to make with them, and for the money they ask, they do finish them off well. When we have the ‘Mahindra families’ coming back, as I call them, they are always really happy, they really like the vehicles.”

Mahindra Toowoomba joins a growing number of Mahindra dealerships in Australia, with diverse coverage from Atherton in Far North QLD, through to major rural areas in QLD, NSW and VIC to Brisbane, Perth metro locations and three outlets in Sydney – Pennant Hills, Campbelltown and Kirrawee. “We are excited about crossing 40 outlets in early 2015, with dealers in many key areas being finalized at the minute.” says Russell Thiele, National Sales Manager for Mahindra.

Mahindra have been silently working hard on their structure in the past two and half years, preparing for the exciting products coming in the next two years. “We are really pleased with the outcome of the completion of our first fully installed Dealership complete with our new Dealer Identity, featuring building fascia and LED lit six metre Pylon.” said James Halliwell Marketing Manager – Mahindra Australia.

“I’m just looking forward to the future of Mahindra in Australia. “There is a huge opportunity for Mahindra out here, because the product is so damn good and I really believe in it.” Says Hughes.